The whole idea of homeschooling was amazing to me, there’s the benefit of one on one teaching, the lack of peer pressure and bullying, and being able to freely teach the Word of God without anyone being offended! All of this had me ready to get started ASAP.

I thought I had everything sorted, I already knew what I wanted to teach and we have plenty of school supplies around and a nice space to work in. My notice of intent was printed out and ready to be mailed in, but this was when the nerves began for me because having the letter in my hands made it real.

I knew my son already did well in school other than a few small issues in the social atmosphere. Mainly he did well and loved school. So this was just something (I) Mom randomly wanted to try out and it made me feel like he was the guinea pig so to speak. But the next day the letter was sent out anyway and I thought to myself “Here we go, I guess this is really it.” that same evening I walked into his school to check him out… I just so happened to get there during P.E. so before walking into the gym to collect my son and shake up his world, I stopped a moment to watch him through the glass window playing and having an amazing time with all of his friends and classmates all of which I was now about to force him to say goodbye to in the very next moment. I felt regret already but I went in any way and the look on his face told me this was the biggest mistake I could make. I checked him out and we went back home to mentally process what just happened.

That evening and night was the hardest time ever trying to get to sleep it was horrid, and I felt like throwing up. (Talk about having a gut feeling there!) Before crying myself to sleep I finally decided to call the superintendent first thing in the morning to see what I could do to fix this mess that I had caused!

The phone rang a couple of times and someone finally picked up, I had to be re-directed. a lady then answered and I remained calm and told her what had happened. I thought it would be a big complicated ordeal trying to get him back into school. but the voice on the other end said: “That is fine I’ll make a note to disregard the letter and that your son will still be attending public school.” I could finally breathe a sigh of relief! and after thanking her I hung up the phone and went straight to tell my son the news! It didn’t seem like a big deal at first which is why I wanted to make this post in the first place. anyone who is considering homeschool, please know that this is an extremely heavy decision to make and while it may be easier for some than it was me. Just make sure you weigh all of the pros and cons before mailing in that letter!

Wife and mother of two boys, professional daydreamer, and lover of all things simple, come along & follow if you share the same dream. ~ View all posts by Sissy Marie

7 thoughts on “Why Homeschooling Was Not Right For Us” 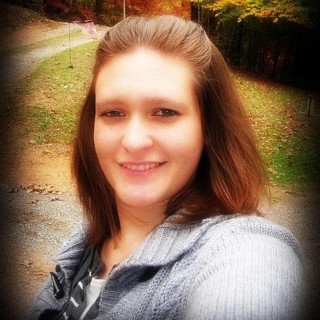 Wife and mother of two boys, professional daydreamer, and lover of all things simple, come along & follow if you share the same dream. ~